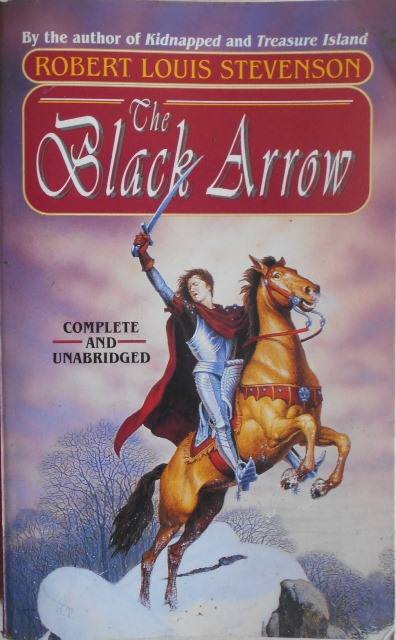 A fierce war rages between two powerful and bitter rivals, on one side th House of Lancaster, on the other the House of York. The prize? the crown of England. Young Richard Sheltonfinds himself torn in his loyalties, Should he serve the interests of his villainious master? or throw in his lot with the dashing outlaw Ellis Duckworth and his band known as the Black Arrow? Richard must decide wisely for his fate and the fate of England-- hangs in the balance...

An exciting portrait of England during the war of the Roses, The Black Arrow is a breathless adventure of battle, intigue, deception, kidnapping, spies, rogues, heroes, villains.
Chat WhatsApp Kirim SMS Telpon