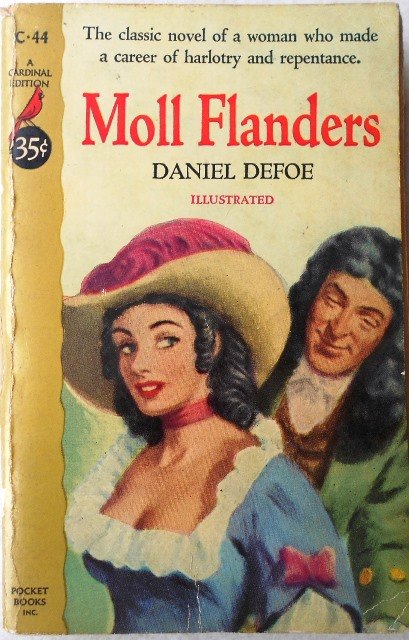 Moll Flanders was born in an age that had few morals. A creature of her time, she saw nothing wrong in making a career of sin. Drinking . . . Thievery . . . harlotry . . . even incest . . . were Moll's vices. But her ambitions were those of every woman --love, social position, security.

This story of Moll Flanders crimes and amorous misdeeds remains the most vivid-- and candid-- account of a spirited woman's journey from innocence to evil. But lest the reader take this bawd's progress as an example and a model, Daniel Defoe, the great picaresque novelist, sharply points a moral; sin is punished, but sometimes, as Moll Flanders learned, sincere repetance can clenase even the most willing sinner.
Chat WhatsApp Kirim SMS Telpon